64 Bites - Short and Sweet Commodore 64 Programming Screencasts has been published on Thursday, 11th of June 2015. The easiest way to start learning how to program your beloved C64 is finally within your reach.

What is the 64 Bites anyway?

It's a series of short weekly videos that are designed to teach you programming the Commodore 64 in small, logical steps.

Each episode is about 5 minutes long (so you will find a time to actually watch it). Videos are self-contained focus on a small "bite" of programming knowledge.

You can browse the list of all episodes and even watch some of them for free.

Why does it start from scratch?

The series is designed to teach anyone C64 development. Even people who haven't had any experience with 8-bit computers. Therefore first few episodes focus on BASIC. It is available as soon as you turn the computer (or the emulator). BASIC is also easy to use and powerful to make few interesting things with it. 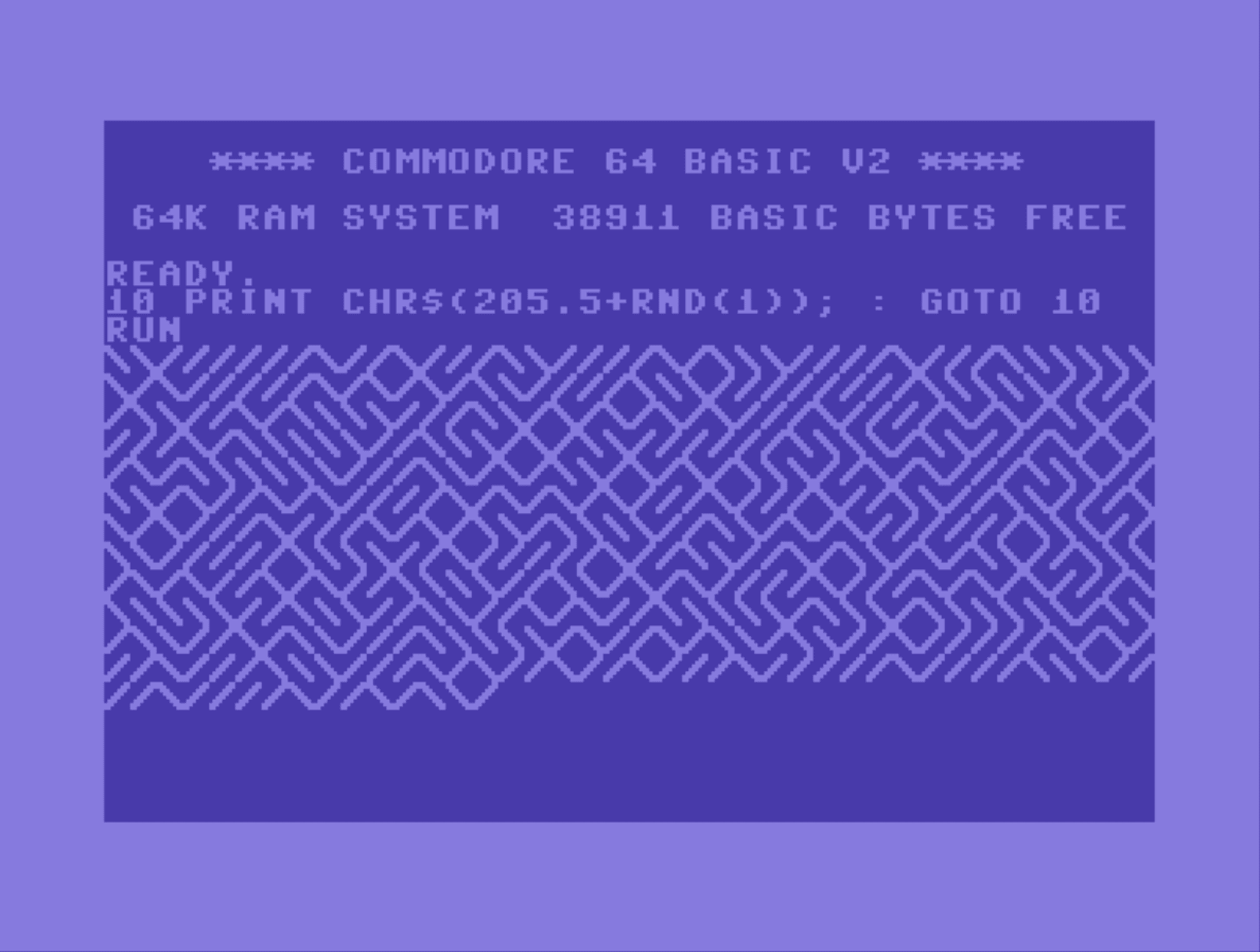 Although the series starts with relatively basic concepts (pun intended), seasoned veterans will most likely find an interesting thing or two in each episode. Each video delves pretty deep in the technique described.

Will it cover advanced stuff?

Starting from Episode #007 we'll jump straight into the assembly language and we will mostly stay with it later in the series.

We will cover more advanced topics like sprite multiplexing, opening borders, interrupts in the future.

To make the learning as painless as possible, the series has been organised in a logical order. For example we will learn about raster interrupts and scrolling before we open the borders. 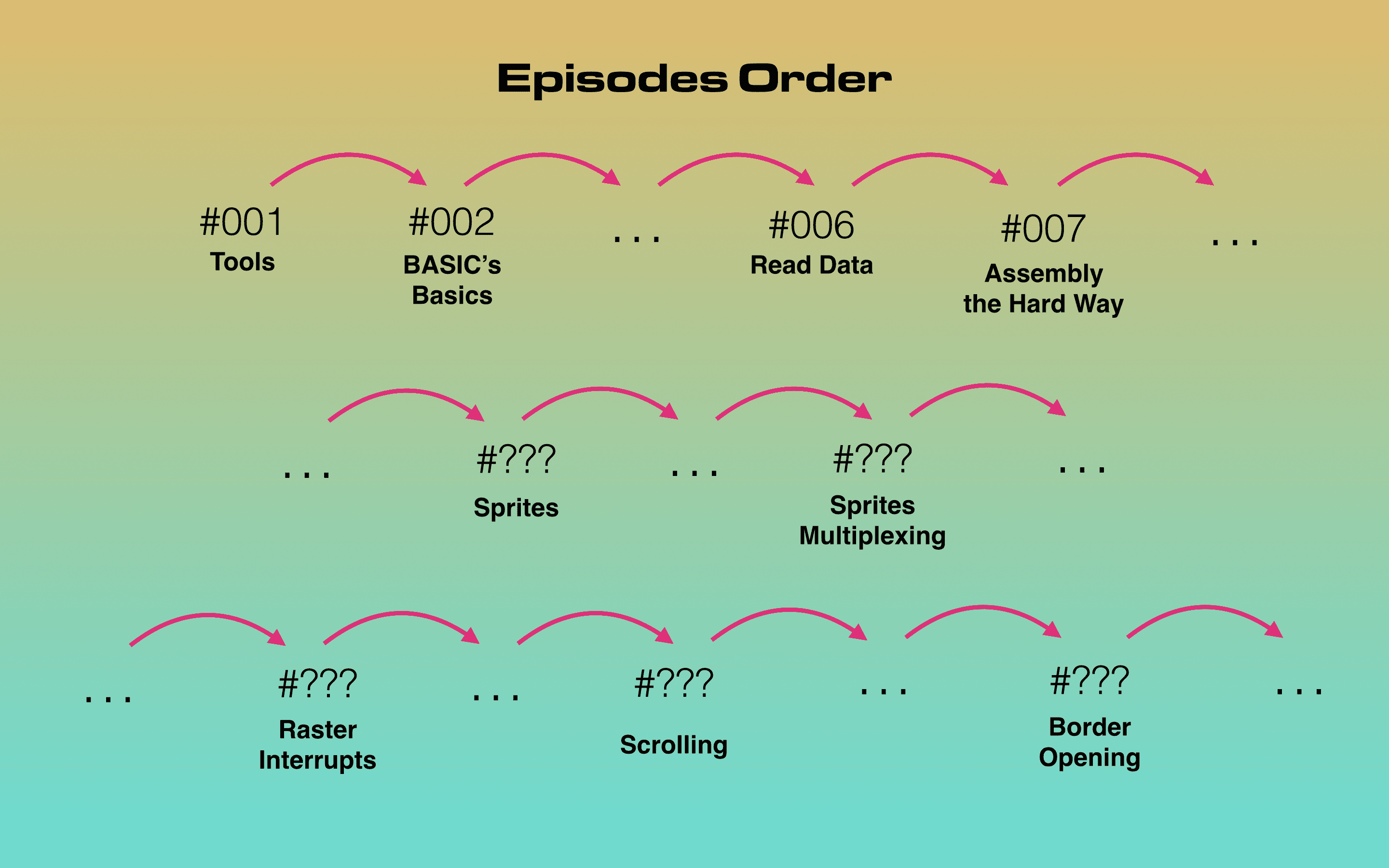